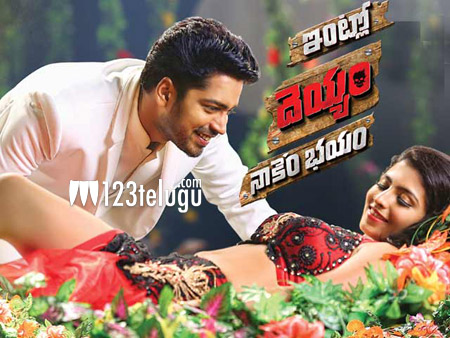 The censor screening of Allari Naresh and Nageshwar Reddy’s ‘Intlo Deyyam Nakem Bhayyam’ will take place on Tuesday. The movie is gearing up for a release this weekend and Naresh is going to be seen with Kruthika Jayakumar in this horror comedy.

The film is carrying a good buzz and Naresh is banking on this film to turn around his disappointing run at the Box Office. Veteran actor Rajendra Prasad is also playing a crucial role in the film.