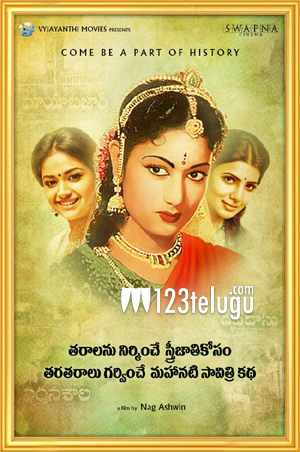 Keerthy Suresh has bagged the lead role in Nag Ashwin’s upcoming film Mahanati, a biopic on legendary actress, and after months of secrecy, the makers finally made an official announcement on the occasion of International Women’s Day. While Keerthy will play the title role, Samantha will be seen in another crucial character in the film, who changes the course of the film.

Interestingly, as the team gears up to start shooting the film later this year, there’s a discussion in Filmnagar about who’s going to play the roles of NTR and ANR, who worked in numerous films alongside Savitri. The trio shared a great rapport in their heydays before Savitri went on to get married to Gemini Ganesan.

The topic of Savitri’s work and life is incomplete without mentioning her iconic films with her peers – NTR and ANR. It’ll be interesting to see whom Nag Ashwin signs up to play these two important roles.