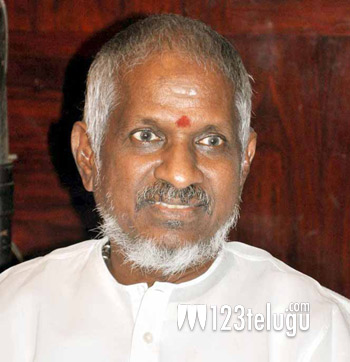 Music Maestro Ilaiyaraaja is going to perform in his first ever live music concert later tonight in Hyderabad. Close to 40,000 people are expected to grace this event which will be held in Gachibowli.

According to some reports, close to 85 musicians, including members from a popular orchestra from Hungary, are expected to perform Telugu songs at the event tonight. In a recent media interaction, Ilaiyaraaja recalled his association with Telugu film industry and also stated that Telugu people have been extremely supportive of him right from the beginning.

Ahead of the concert, Ilaiyaraaja also met some of his friends in the Telugu film industry, including Mohan Babu, and after that, he reached the venue to oversee the rehearsals. Several bigwigs from Telugu film industry, politicians, and who’s who of Hyderabad’s art and music lovers are expected to grace the event.