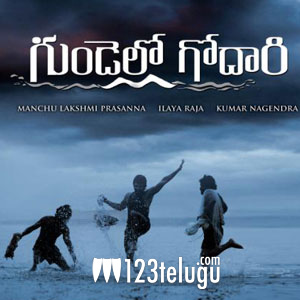 Gundello Godari starring Lakshmi Manchu, Taapsee, Aadhi and Sundeep Kishan has plenty of things going in its favour. Directed by Kumar Nagendra, the film’s posters and trailer have already created a huge buzz. Moreover, it’s also the first time a film which is set in the backdrop of Godavari floods in 1986 is being made in Telugu. Music lovers have a lot to expect from this film as Ilayaraja is composing the music. His style and expertise needs no introduction and his music is said to be one of the major highlights of the film. Currently, Lakshmi Manchu and Kumar Nagendra are in Chennai where the film’s rerecording is progressing at a brisk pace. Already, the re-recording of the first half has been wrapped up and the entire re-recording is expected to be wrapped up by next week. Lakshmi Manchu has also produced the film on Manchu Entertainment banner. Gundello Godari is being planned for release in the first week of Novemeber.