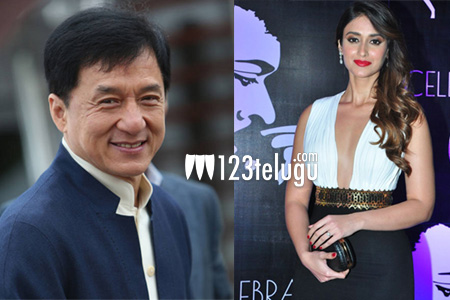 After lying low for quite some time now, Ileana has bagged a jackpot project. According to the latest update, Ileana has now bagged the female lead opposite Asia’s biggest action star Jackie Chan.

Titled Kung Fu Yoga, this film is directed by Stanley Tong. Shooting of this film is currently on and Ileana has joined the unit in Dubai today. Interesting aspect is that Sonu Sood plays the main villain in this action entertainer which will be out in 2016.