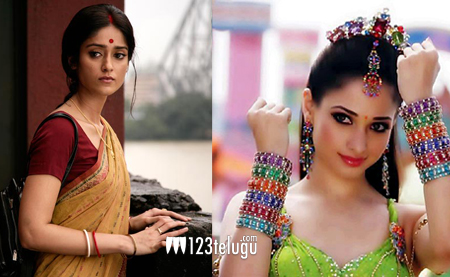 Ileana and Tamanna are probably the latest entrants in Bollywood which have manged to create quite a buzz. While Tamanna’s first film was a huge flop, Ilena’s film was a blockbuster. But the no show of her first film did not stop Tamanna getting huge offers in Bollywood. On the other hand, Ileana is going strong and is high on her success.

She has two films lined up with Shahid Kapoor and Saif Ali Khan respectively, where as Tamanna has only one film with Akshay Kumar. In addition, Ileana has managed to sign a few endorsements and taken a leap ahead of Tamanna. What ever might be the result, interesting fact is that both the southern sirens are rocking Bollywood big time.