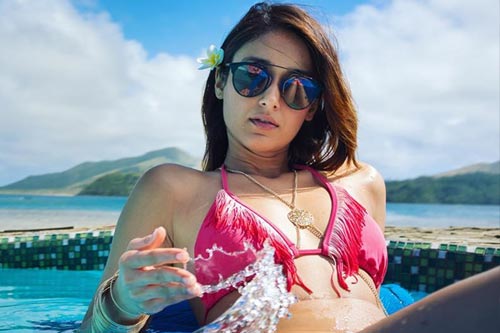 Ileana D’Cruz is a busy bee these days. After he rumoured split with her ex-boyfriend, Andrew Kneebone, the actress has lost oodles of weight and for the past few weeks, she has been posted quite a few pictures of herself in her new avatar on Instagram.

In a recent interview, when she was asked about her bikini shoots, the actress confessed that she goes through a lot of stress to choose which pictures to post on Instagram. “Have you seen that meme which talks about how you stare at yourself in the mirror for hours? That’s me. I work-out and I immediately wonder if I have abs. Then, I click a ton of pictures only to later go ‘Ugh! no’ and delete them all. The ones that pass muster get posted after much deliberation. Before putting them up, I tell myself there’s going to be at least one person who will pull me down, but to hell with them,” Ileana said.

The actress also stated that she has been focusing a lot on her health these days, and has been trying to focus on her work. Her next Hindi film, Pagalpanti is slated for release soon, and she has another project with Abhishekh Bachchan lined up. “I would love to do another masala movie in South,” she added.