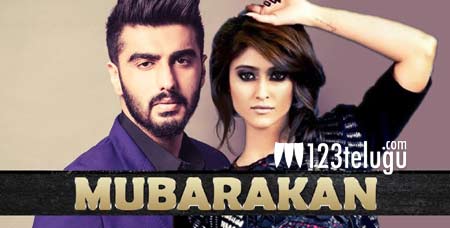 After a brief lull, Ileana has finally managed to bag some good projects in Telugu. One of them is Mubarkan with Anil and Arjun Kapoor. The promos have been going great and Ileana is promoting the film big time.

This film needs to click at any cost for her and speaking about the same, she said that the film is an out and out comedy caper and has turned out quite well. She also added that her chemistry with Arjun Kapoor will be very good and the funniest thing about them is that she will be slapping him in every scene of the film.

Arjun Kapoor plays a double role in the film and Athiya Shetty plays the other female lead. Anees Baazme directs this film.