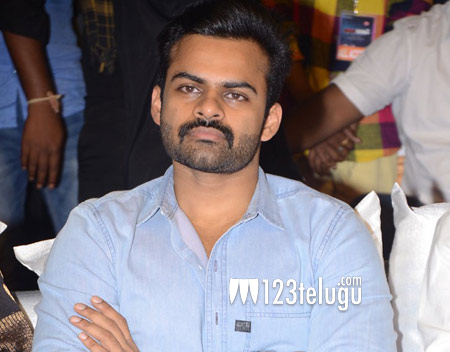 Sai said that he first experienced Chiru’s super stardom at Indra’s 175 days event, where thousands of Mega fans stormed the premises. Sai revealed that he always wondered if such a huge a crowd will ever come to his events. Sai thanked the fans for their unconditional love.

Sai went on to say that it’s his uncles Chiranjeevi, Naga Babu and Pawan Kalyan who are behind his identity in the film industry. He concluded his speech saying that he will forever stand as a Jawaan in front of his uncles’ homes.

Directed by BVS Ravi and produced by Krishna, Jawaan stars young beauty Mehreen as the female lead. The film is slated to hit the screens on December 1st.