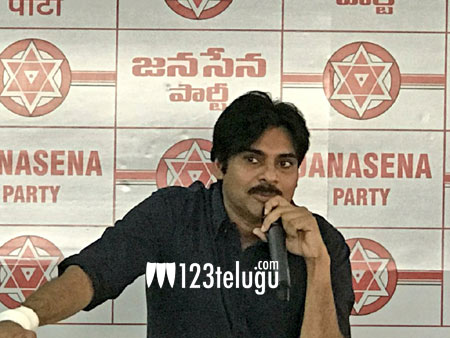 Numero uno film star and Janasena President Pawan Kalyan today met the 150 Janasena candidates from Anantapur who were chosen after an intensive scrutiny.

Pawan made some emotionally inspiring comments on his political mission. He said that his only motto in life is to fight for people’s welfare till his last breath. Pawan further said that he is acting in movies only to maintain his family and staff and also vowed to take a break from movies if needed.

Targeting the opposition leaders who have been constantly calling him a ‘part-time politician’, Pawan said, “where are the full-time politicians? Those who are into politics are earning crores of rupees in their businesses​”. Pawan further stated that he will contest from Anantapur in the coming general elections.