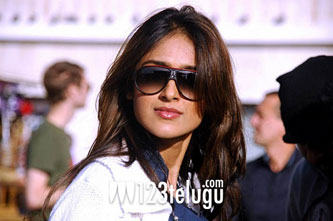 Except for a film with Allu Arjun, the Goan beauty has definitely slowed down in the South. To begin with (unlike many Tollywood imports) Ileana never showed much inclination for Kollywood either. After a slow start in Tollywood with relative newcomers she hit her stride with the blockbuster hit Pokiri. From then on she has acted opposite almost every premier hero in Tollywood.

A chance meeting with Kajol  resulted in her developing a stunning profile with ace photographer Gautam Rajadyaksha. She then made a few rounds meeting heads of premier production houses. But her big Bollywood break came from Akshay Kumar.

The action hero has signed her for Khiladi 786 and also has assured her of heroine roles in two of his home productions. With three assured movies in her kitty, Illeana has all but shifted her base to Mumbai.