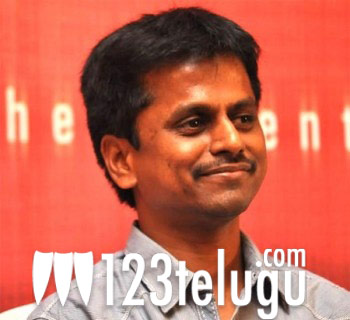 A R Murugadoss is one of the most popular directors in Tamil cinema, thanks to the success of most of his films like Ghajini, Thuppakki and Ramana. He also directed Chiranjeevi starrer Stalin, which is his only straight Telugu film. Two of his films, Ghajini and Stalin have already been remade in Hindi and he’s one of the very few Tamil filmmakers, who have made a name for themselves in Telugu.

Recently, when he was in Hyderabad to promote the Telugu version of Arya, Nayanthara starrer Raja Rani, he expressed his desire to work with Mahesh Babu for a Telugu film. “I am a big fan of Mahesh Babu and I like his acting. I will surely make a movie with him,” Murugadoss said. In the past, Mahesh Babu has worked with SJ Surya and rumours are rife that he might team up with Mani Ratnam soon. It still remains to be seen if Mahesh Babu and A R Murugadoss team up anytime soon.

Currently, Murugadoss is busy shooting his next Tamil film which has Vijay and Samantha in lead roles and another Hindi film, Holiday, starring Akshay Kumar, Sonakshi Sinha, is going to release soon.