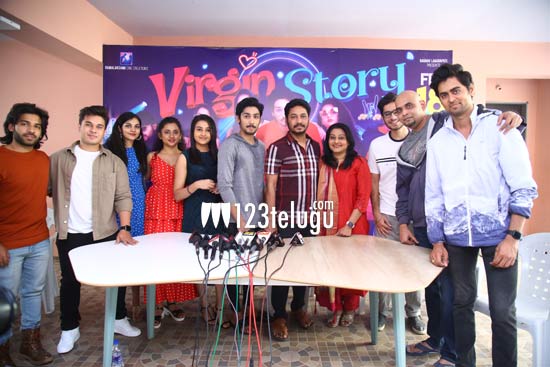 Tollywood young actor, Vikram Sahidev, son of producer Lagadapati Sridhar, is coming to entertain the audience with his new movie, Virgin Story. As the movie is ready to release in theaters, the movie’s producer, Lagadapati Sridhar has held a press meet in Hyderabad today.

Speaking to the media, Sridhar said, “Virgin Story is completely a youthful movie, which reflects the thoughts of the teenagers. The film showcased the bravery, romance and other emotions of youngsters of this generation. Being a producer of many good films, I am feeling very proud to introduce my son with this good movie.”

Besides, Lagadapati Sridhar also talked about the success of DJ Tillu. He mentioned that Virgin Story will hit the screens this Friday.

To recall, Vikram Sahidev, who was introduced as a child artist, has played a pivotal role in Rowdy Boys, released last month.