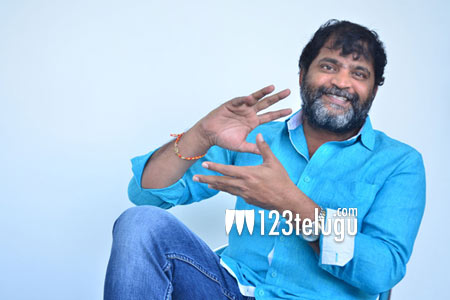 Noted TV actor, Prabhakar has turned director with a film called Next Nuvve which is scheduled for a November 3rd release. On this occasion, we caught up with him for a brief interview. Here is the transcript

It’s a Tamil remake and I am happy to be associated with big producers like Allu Arvind, Bunny Vas, Vamsi Pramod and Gnavelraja for this project. The film has come out very well and I’m super confident about its success.

Q) How did this project materialize?

Initially, I narrated a script to Allu Sirish but he refused to act in such genre films and asked me to narrate it to Allu Arvind. He also liked it but asked me to first work on Next Buvve. I watched the original and made the required changes and that’s how this project was on.

The film mainly deals with horror-comedy which has been narrated in a thrilling manner. We completed the entire film in 37days. The family audience will surely love this film.

Q) Tell us about your artists?

Hero Aadhi’s performance will impress the audience. Apart from him, Brahmaji, Rashmi and Raghu Babu did justice to their roles.

A) Yes. If anyone approaches me with a good role I will definitely do tv serials.

A) Currently, I’m doing a project under Maruthi productions banner. Apart from that, I committed to a project with Gnavelraja.