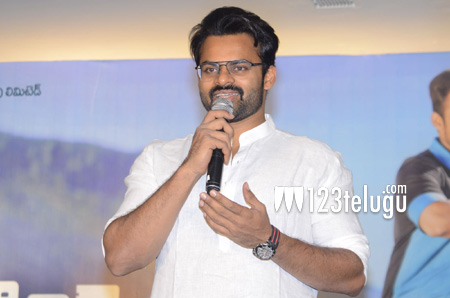 Sai said that he is in this position only because of his three gurus – his uncles Chiranjeevi, Naga Babu and Pawan Kalyan. Sai went on to say that he is ready to give his life for his uncles and cousins. He then thanked his fans, terming them as the ‘only success’ in his failures.

Inttelligent is directed by VV Vinayak and produced by C Kalyan. Lavanya Tripathi is the film’s leading lady and Thaman is the music composer. Inttelligent is hitting the screens on February 9.