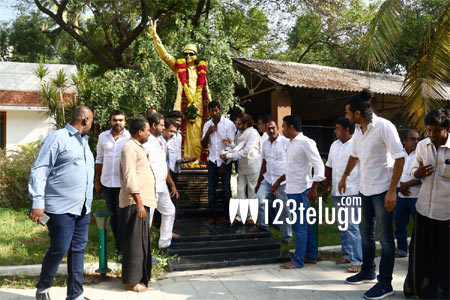 It’s already reported that Tamil hero Vishal will be contesting as an independent candidate in the RK Nagar by-poll. Vishal will be filing the nomination papers today and before that he started paying respects to the statues of all the legendary leaders of Tamil Nadu.

Speaking to media on this occasion, Vishal said that he is contesting the election to fulfill the basic needs of the people. He also added that he wants to be the people’s representative rather than being a seasonal politician.

The by-poll for the RK Nagar constituency is due to the sudden demise of former Chief Minister of Tamil Nadu late Jayalalithaa last year.