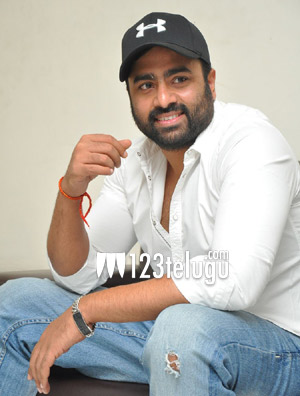 Nara Rohit’s first out-and-out action entertainer, Balakrishnudu, is slated to open in cinemas on November 24. In the film, Rohit will be romancing his good friend and popular actress Regina. This is the third time that both the young stars are acting together, and this naturally led to several rumors of romance between them.

In his latest promotional interview, Nara Rohit trashed these rumors and said that there’s nothing between him and Regina. “I’ve heard about the rumors. However, there’s no truth to them. Since we have been working together so often, there’s a possibility that someone sparked off a rumor. We share a professional relationship, nothing more,” Nara Rohit clarified.