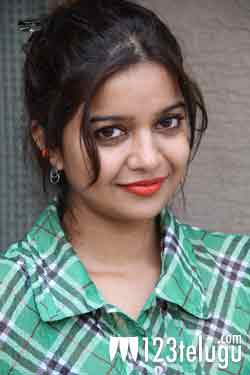 It’s been almost a year since Swati was last seen on screen in Telugu. Her previous film, Swamy Ra Ra, turned out to be a big hit and after that, she went on to act in quite a few critically acclaimed Malayalam films. Now, her long delayed film Bangaru Kodipetta is finally gearing up for release on February 27.

Talking about her career, Swati says, “Initially, I was worried about why I wasn’t getting offers and a lot of people used to advice me to socialize with everyone in the industry. I think I didn’t take their advice seriously. I don’t think it’s appropriate to say that filmmakers and producers don’t encourage Telugu-speaking actresses here. Everything is driven by the market and you can’t blame anyone for choosing actresses who’ll add value to their project. I’m quite happy with my career. While I wasn’t doing films in Telugu, I got good offers in Tamil and Malayalam.”

Bangaru Kodipetta stars Navdeep and Swati in lead roles. Raj Pippalla has directed the film and Sunita Thati has produced it. Mahesh Shankar has scored the music.