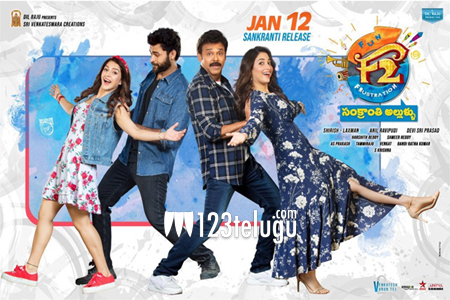 F2 has been making heads turn with the impressive collections since the day of its release. Now, the latest we hear is that the film has made a share of 20 crores in the two Telugu states to date.

These are very impressive collections and the film will mint more money this week as there are no bigger releases coming up.

Anil Ravipudi has proved that he is the master of entertainment as he executed superb comedy in this film. Dil Raju is also said to see good profits with this film which had music by DSP.

The aggressive promotions by the star cast have helped the film in a big way.