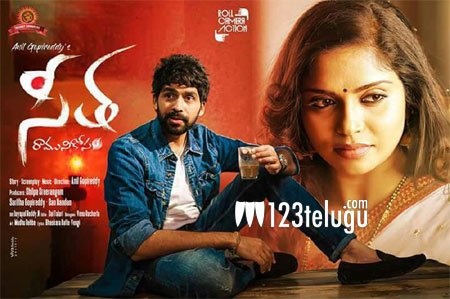 Seetha Ramuni Kosam, the upcoming emotional family thriller starring debutants, has been creating a lot buzz of late. After releasing the film’s teaser a week ago in Hyderabad and New Jersey simultaneously, the makers got Mega heroine Niharika to release the film’s soundtrack recently.

Yesterday, the makers unveiled the film’s theatrical trailer and it springs a surprise with its unexpected plot. The trailer starts off with an intense love story and then showcases an emotional mother-daughter sentiment. Twist in the tale arises with the introduction of the horror angle.