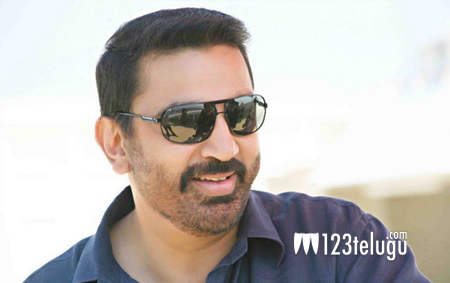 Film stars, production houses and media members express extreme happiness when a film enters the 100 Crore club. A handful of films have even gone past the 200Crore mark.

However, one Indian actor is looking beyond these numbers. He says Indian cinema has the potential to pull in a 1000 Crores and he is none other than Kamal Haasan.

Though Kamal’s claim may seem far fetched, the actor’s logic is simple. “We have a population of 100 Crores. Even if 10% of them watch a film, at the current ticket prices, we should hit 1000Crores”.

Kamal says that a lack of transparency in the revenue mechanism of the Indian Film Industry is the stumbling block. “Unless we address this issue of lack of transparency, we will not go forward. It is like a bowl with holes. No matter how much water you pour in, it will leak”.

The charismatic and talented actor also said that the foundations of South Indian cinema are quite strong and predicted good days ahead. Kamal made these comments at a media event in Bangalore recently.