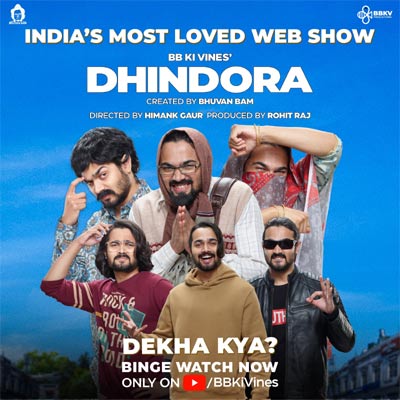 Bhuvan Bam, the Youtuber from India needs no introduction. He has a massive following and was also associated with RRR a few days back.

Now, he is in news as his new project, Dhindora becomes the most-watched web series. A first from BB Ki Vines Productions, Dhindora crosses 400+ million views.

Also, his channel BBKiVines records 4 billion+ views, the first for an independent creator on Youtube. Bhuvan is now making his entry into films as an actor. He is also a singer and has recorded a song with Shraddha Kapoor a few days back.