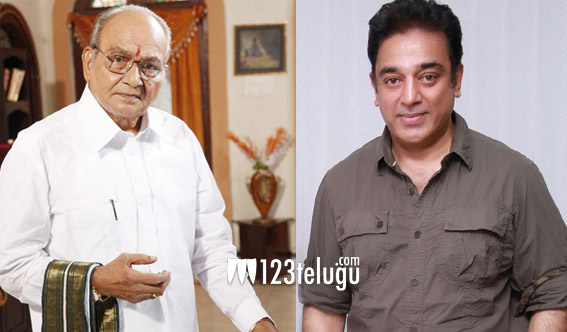 The entire film fraternity and movie lovers across the country are thrilled with the much deserved Dadasaheb Phalke recognition for legendary director K Viswanath. A long due honor indeed!

The director’s loyal disciple and hero of his classics such as Sagara Sangamam, Swathi Muthyam and Subhasankalpam etc, Kamal Haasan, too, is highly elated just like any other movie connoisseur.

Reacting on the Dadasaheb Phalke honor for K Viswanath, Kamal took to his Twitter and said that Indians are lucky and so is he (Kamal himself). With glistening eyes, Kamal thanked the master auteur and owed his fame to K Viswanath.

My K.Vishwanath gaaru is a Dada Saheb Palke award winner. In his humility he would say " I am lucky" .Truth is Indians are lucky. So am I