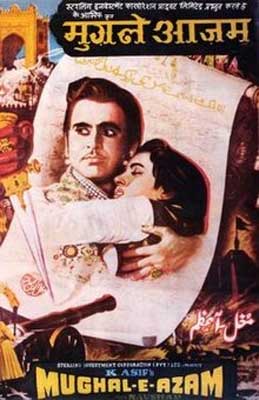 Mughal E Azam is India’s first-ever commercial blockbuster that is still fresh in the minds of people even today. The film directed by K Asif had the stalwarts of Indian cinema in the form of Prithviraj Kapoor and Dilip Kumar doing lead roles of Akbar and Salim respectively.

The film completes 60 years today and is considered as an Indian classic. Made with a huge budget and released in 1960, the film broke several records at the box office and made Dilip Kumar, the biggest star of the country.

The talk is that the producers made a profit of 30 lakhs way back then and the film ran to packed houses in many states of the country with repeat audience flocking the theaters.

The music, solid production values, Madhubala’s glamor, and Dilip Kumar’s performance won everyone’s hearts. The film was under production for more than a year and was made on a budget of 4 million Indian rupees.