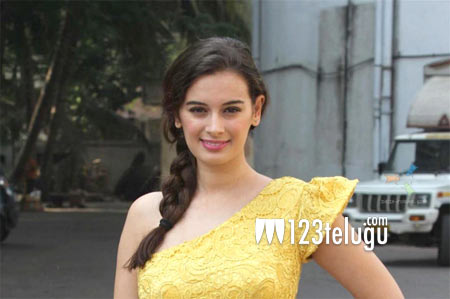 It’s been reported earlier that Indo-German actress Evelyn Sharma is playing a crucial role in Prabhas’ most eagerly awaited action adventurous thriller, Saaho. Evelyn took part in the film’s Abu Dhabi and RFC schedules and performed some high-octane stunts along with the Young Rebel Star.

Now, if the latest buzz is to be believed, Evelyn will be seen portraying a negative role in Saaho. The model turned actress be seen wielding guns, apart from man to man combats in some electrifying action sequences. Last year, speaking in an interview, Evelyn said that she thoroughly enjoyed shooting for Saaho with Prabhas and even hailed him as a gentleman and an absolute pleasure to work with.

Saaho is being directed by Sujeeth and produced under UV Creations banner. Shraddha Kapoor is the leading lady in this high-budget multilingual thriller. Saaho is slated for release on August 15.