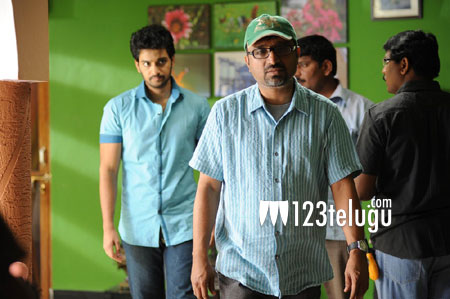 Critically acclaimed director Indraganti Mohan Krishna’s next venture is getting ready for release. The movie has been titled ‘Anthakumundhu..Aa Taruvatha’ and plans are being made to release the movie in May. Post-production activities are currently underway.

Sumanth Ashwin is the hero in this film and Esha is the heroine. Sri Ranjith Movies, which produced ‘Ala Modalaindi’, is producing this film. Kalyani Koduri has composed the music for this romantic entertainer.

Ravi Babu, Rao Ramesh and Thagubothu Ramesh will be seen in important roles. Indraganti Mohan Krishna directed well acclaimed movies like ‘Ashta Chamma’ and ‘Golconda High School’ in the past.