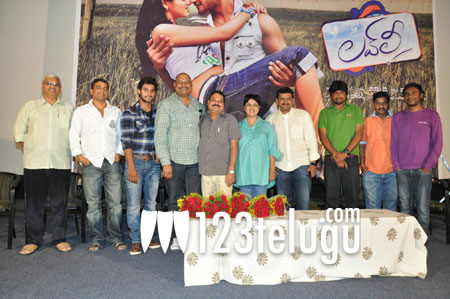 Young Hero Aadi’s next offering ‘ Lovely’ is being appreciated by prominent people in the industry for its music and for the beautifully shot songs. A special songs preview was held today for industry people in Prasad labs and everyone present appreciated director Jaya and Producer B.A.Raju for doing a good job. Music was scored by Anoop Rubens.

Aadi and Shanvi will be seen as the lead pair in this movie and Dr. Rajendra Prasad is going to be seen in a very key role in the movie. Dil Raju, Bellamkonda Suresh, Ganesh Babu, Burugupalli Sivaramakrishna, Harish Shankar, Chinni Krishna and others were present for the preview. Producer B. A. Raju expressed his happiness at the movie’s output and said that the film gave him complete satisfaction.