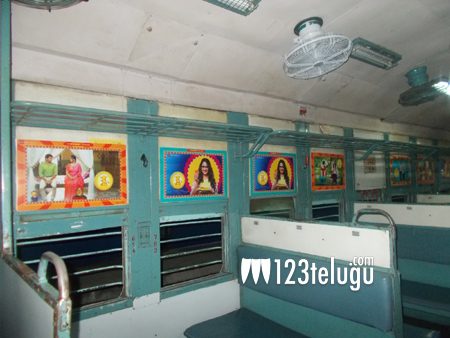 Size Zero producers are leaving no stone unturned to uniquely promote their upcoming movie . The movie stars Anushka, Arya and Sonal Chauhun and the trailer has already created curiosity about the film. The movie is releasing on 27th November and the producers have created a unique campaign for publicity to keep the audience engaged.

Trains from the states of Telangana, Andhra Pradesh and Tamil Nadu have been chosen for sticking posters of Size Zero on the exterior and interior of the coaches. The trains have been branded with the movie posters all over. This will indeed raise the curiosity over the movie even more due to the innovative marketing plan.

The movie has been directed by Prakash Kovelamudi and produced by PVP Cinema. Music has been composed by M.M. Keeravani.