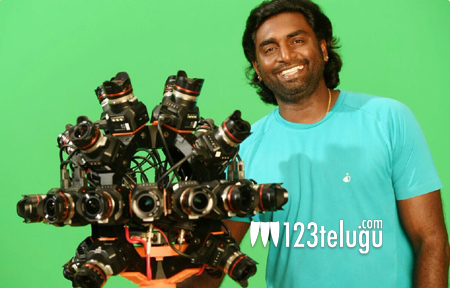 Team Baahubali is currently shooting for The Sword of Baahubali using the 360-degree virtual reality technology. AMD Radeon Technologies Group has built an indigenous VR capture camera named BB360cc for this purpose and the camera was unveiled at the Mumbai Film Festival recently. The BB360cc can capture data through 24 different cameras at 1080p and 60 frames per second.

AMD also created a Radeon Loom software which lets filmmakers to rapidly stitch 360-degree video at 4K resolution, often in real-time. The camera and the softwares are exclusively made for Team Baahubali and they will be out in open market by this year end.

The final VR video can be experienced through special deployed Virtual Reality Pods at several theaters across India weeks before the release of Baahubali The Conclusion. The Sword of Baahubali is fully interactive and it can be seen through premium VR devices like Oculus and HTC as well.