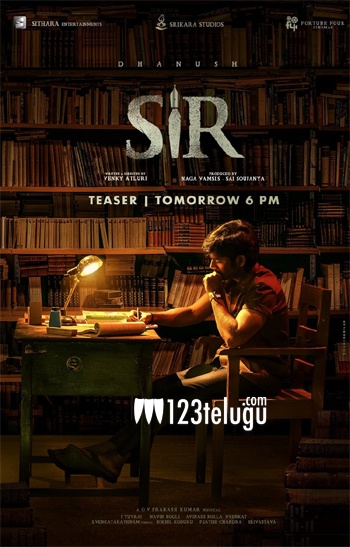 Dhanush is now a global superstar and is out with his new film The Grey Man. Now, he has readied one more Telugu film called Sir.

The first look of the film was released and Dhanush plays SIR and looks intense on the poster busy writing something on the poster.

The teaser of the film will be out at 6 PM tomorrow. Venky Atluri is directing this film which will also release in Tamil as Vathi. GV Prakash has composed the music of this film.