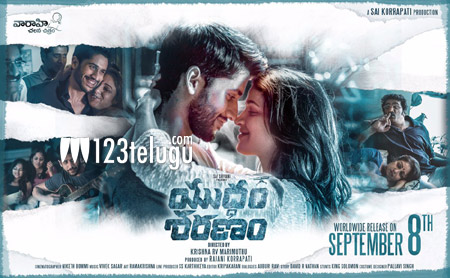 Even the film’s theatrical trailer was unveiled at the event and it has left everyone impressed. The trailer is pretty intense and fast-paced and is loaded with action sequences and family emotions. The trailer showcases how a happy-go-lucky middle-class youngster’s (played by Chay) life turns upside down due to a cutthroat criminal, essayed by senior hero Srikanth.

Yuddham Sharanam is directed by debutant Krishna Marimuthu and produced by Sai Korrapati. Lavanya Tripathi is the film’s leading lady.