Interesting buzz on Bharatheeyudu sequel
Published on Jul 20, 2018 2:53 am IST 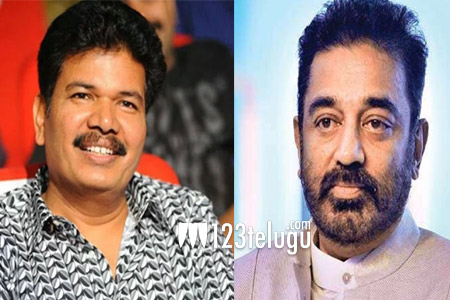 Ever since the project was announced, there has been a lot of buzz around the most eagerly awaited social drama, Bharatheeyudu 2. Starring Kamal Haasan, the film will be directed by Shankar. Leading Tamil production house Lyca Productions will bankroll the project.

Now, the latest interesting buzz is that Kamal may not be essaying a full-fledged role in Bharatheeyudu 2. Apparently, Kamal will only play a pivotal role in the movie, while a young hero will be playing the main lead. However, we will have to wait until the film goes on floors to confirm the buzz.

Young music composer Anirudh Ravichander will score the music for Bharatheeyudu 2. Nayanthara is rumored to be the film’s leading lady, but an official announcement is awaited in this regard.