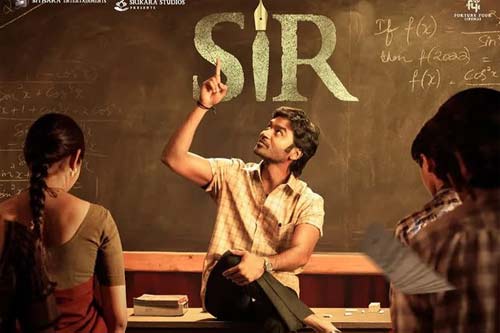 Kollywood star actor Dhanush recently announced his next Telugu movie after Sir. Shekar Kammula will be directing the movie. On the other hand, the actor’s first direct Telugu movie has made the headlines again.

According to the latest reports, Vaathi/ Sir will be released by Seven Screen Studio in Tamil Nadu and the gossip is that the banner has bagged the rights for a whopping price. However, an official confirmation from the team is yet to be released.

Samyuktha Menon is the lead actress in this drama, which also has Sai Kumar, Tanikella Bharani and Narra Srinivas in key roles. Sithara Entertainments collaborated with Fortune Four Cinemas to produce this flick, which will be released in Telugu and Tamil on February 17, 2023.