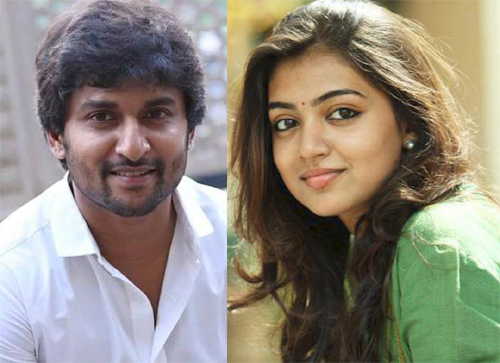 Hero Nani and popular Malayalam actress Nazriya Fahadh’s film was announced yesterday. Brochevarevarura director Vivek Athreya will be helming the movie. This unexpected combination has created a good buzz around the project.

Meanwhile, the latest buzz that’s doing the rounds in film circles reveals that apart from romance, the film’s story will also have a bit of adult comedy. Needless to say, this will certainly be a unique film in Nani’s career, as he’s known for his clean, family entertainers. However, we will have to wait until the film’s release to know the actual story.

Leading Tollywood production house Mythri Movie Makers will be bankrolling the project. The regular shooting will kick-start early next year.