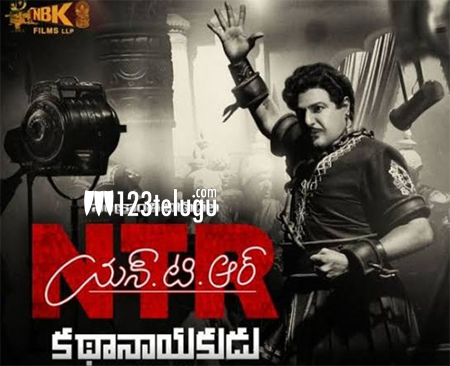 It’s well-known that NTR biopic NTR Kathanayakudu’s much-awaited trailer will be launched at the audio launch event on December 21. Excitement and expectations among fans and industrywallahs are quite high on the trailer and the audio album.

Now, if the latest buzz in Tollywood circles is anything to go by, NTR Kathanayakudu’s trailer will be released by NT Rama Rao’s four daughters Garapati Lokeswari, Daggubati Purandeswari, Nara Bhuvaneshwari and Uma Maheswari at the event. Furthermore, the film’s audio album will be unveiled by Andhra Pradesh CM and NTR’s son-in-law Nara Chandrababu Naidu.

NTR Kathanayakudu is slated to hit screens on January 9. Balakrishna is playing his father’s role in this prestigious biopic. Krish is directing the film and Sai Korrapati and Vishnu Induri are co-producing the movie along with Balakrishna. Veteran music composer MM Keeravani has scored the film’s soundtrack.