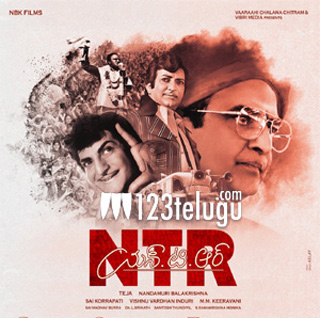 NTR, the highly-anticipated biopic on legendary actor and former Chief Minister of erstwhile Andhra Pradesh NT Ramarao, had a grand inaugural ceremony a couple of days ago. NTR’s son Balakrishna will be reprising his father’s role in the biopic. Teja is helming this prestigious project.

Meanwhile, the latest reports suggest that the makers are planning to make this biopic in two parts. Apparently, the makers felt that NTR’s illustrious film and political careers and his inspirational life journey cannot be encapsulated in just a 2 hour movie. Instead, they will release the biopic in two parts and the first part will hit the screens during Dasara.

Incidentally, Teja said during NTR’s launch that NTR’s life deserves at least a 6 hour silver screen spectacle. He went on to say that they have brainstormed a lot and condensed the subject to just 2 hours. We will have to wait until an official announcement is made by the makers.