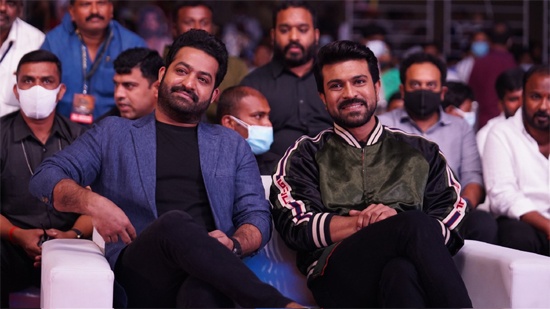 Ram Charan’s RC15 and Jr NTR’s NTR30 are two of the most anticipated films in Telugu cinema. While RC15 commenced shooting already, NTR30 will be hitting the floors in the next couple of months.

Now, speculations are rife that RC15 and NTR30 look set to lock Sankranthi 2023 release window. There are reports claiming that the makers of these two pan-India biggies are planning to lock the Sankranthi release slot.

It is too early to comment for now though. We can expect more details in this regard only after these two films enter the final leg of production.

NTR and Charan will next be seen in Rajamouli’s magnum opus creation RRR.