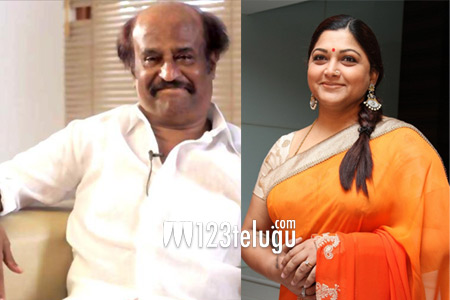 Even before its official launch, Super Star Rajinikanth’s next movie in Kabali director Pa Ranjith is making a lot of noise continuously.

Firstly, the film’s leading lady was a hot topic for discussion. After several days long speculations, Vidya Balan has reportedly​ been roped in to play the female lead’s role.

If the ongoing buzz in Tamil media circles is anything to go by, yesteryear heroine and Rajini’s good friend Khushboo will be essaying a crucial role in the movie. This is merely a speculation and we will have to wait for an official confirmation from the makers.

This as-yet-untitled movie will be produced by Rajini’s son-in-law and Tamil star Dhanush. The movie is expected to go on floors in May.