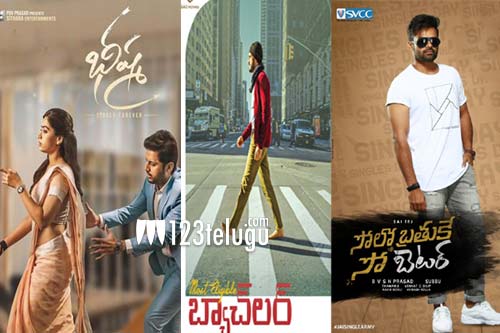 In a rare coincidence, three upcoming Telugu movies have their subjects revolving around bachelors and bachelorhood. All the three movies are hitting screens within a month’s gap. Firstly, Nithiin’s Bheeshma is said to be centered around bachelorhood and that is evident through the title as well.

And next, Akhil Akkineni’s much-awaited fourth film, Most Eligible Bachelor, is also about a young man’s journey towards his marriage. Finally, Sai Tej’s Solo Brathuke So Better is also about bachelorhood. In fact, Sai’s film is a funny take on relationships and commitment and encourages youth to remain bachelors.