Interesting coincidence between Sai Dharam Tej and Vaishnav Tej’s roles in Republic and Konda Polam
Published on Oct 8, 2021 8:07 am IST 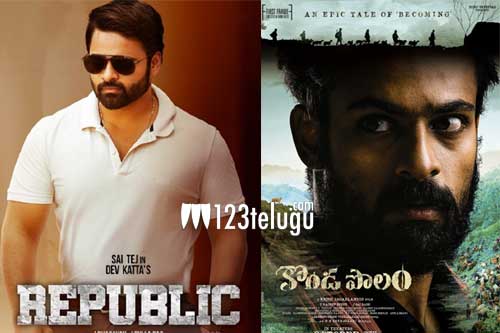 Panja brothers, Sai Dharam Tej and Vaishnav Tej, are having back to back releases within a gap of 1 week. While Sai’s Republic had its release last Friday, his younger brother Vaishnav’s Konda Polam is all set to open in cinemas today.

And there’s an interesting coincidence between the roles portrayed by both the brothers. Both the brothers have played bureaucrats in their respective films. Sai was seen as a powerful IAS officer who takes on the corrupt system in Republic. And in Konda Polam, Vaishnav will be essaying the role of an IFS officer. Vaishnav’s character in the movie strives to protect the forest and his tanda.