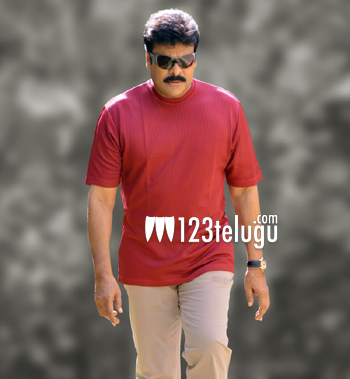 We have already reported that Mega star Chiranjeevi has started shooting for his cameo in Ram Charan’s upcoming Bruce Lee from today. The latest update reveals that Chiru will appear for a total runtime of only three minutes in the film.

Report also reveal that he will feature in a small fight sequence along with his son Charan. The makers are trying hard to keep Chiru’s cameo as a huge surprise for his fans.

Rakul Preet is playing the female lead in this film which is being produced by DVV Danayya. SS Thaman is the music director.