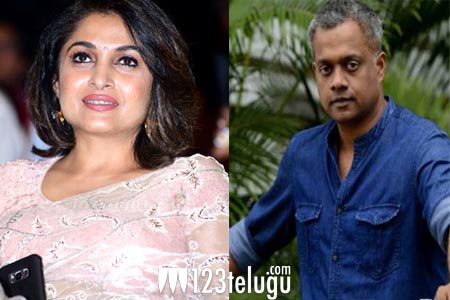 Filmmaker Gautham Menon is a busy man these days. While his long awaited film Ennai Nokki Paayum Thotta, starring Dhanush and Megha Akash, has been finally censored and ready for release, the director is busy filming the biopic of former Tamil CM Jayalalitha.

Although there were plans to make the biopic into a feature film, apparently, Gautham Menon was more keen on turning it into a web series. Rumours are abuzz that he’s planning to film nearly 30 hours of content on Jayalalitha and it’ll encompass both her personal and professional life. Not just that, the director is reportedly being paid a bomb for each episode of the series.

Ramya Krishna will be seen as Jayalalitha in the biopic, and currently, the shoot is happening in Chennai. Viji Chandrasekhar has been reportedly offered the role of Sasikala in this biopic.