Interesting details about Kalyan Ram’s role in Devil
Published on Jul 12, 2021 1:30 am IST 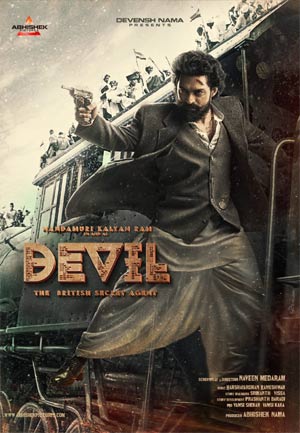 The first look poster of Kalyan Ram’s recently announced spy thriller, Devil, created a decent buzz for the movie. Interestingly, Kalyan Ram plays a British secret agent in this pre-independent drama; and his never-before-seen avatar in a dhoti and beard pleasantly surprised his fans.

In a latest interview, Devil’s director Naveen Medaram revealed that the film is a fictional story based on real incidents that occurred during 1945. He went on to say that, for the first time, Kalyan Ram plays a badass and an intelligent British secret agent in the movie. Devil’s cast and crew details will be out very soon. The film is being produced by Abhishek Nama.