Interesting details about Manoj’s big fat wedding
Published on May 20, 2015 2:00 am IST 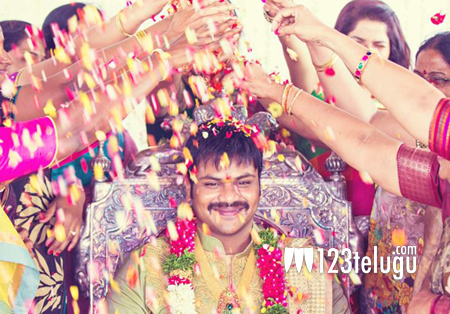 It is a known fact that actor Manchu Manoj is all set to tie the knot at 9.05 AM tomorrow morning in Hyderabad. Icing on the cake is that it is also Manoj’s birthday tomorrow and the Manchu family is leaving no stone unturned to give Manoj his best birthday gift ever.

We at 123telugu decided to bring you some interesting details about this big fat wedding which the entire Tollywood is eagerly waiting for. Starting with the guest list, the who’s who of Tollywood will be present to bless the couple. Several top stars from various film industries all over India will specially grace this wedding.

Governers from seven states and chief ministers of both Andhra and Telangana will be attending the wedding. Several cabinet ministers from the central government will also be present along with some other top powerful businessmen in the country. As the presence of several high profile celebs will create a huge curiosity, nearly 2500 private personal security guards have been hired by Vishnu Manchu and his family to safeguard the guests.

Coming to the cuisine department, the list goes on and on. The guests will be served special delicacies from different parts of the country which is said to be the highlight of the wedding. The interior decor where the marriage ceremony will be held has been specially designed by renowned names from the industry and is set to stun one and all.

Manoj’s elder brother, Vishnu Manchu has been personally supervising these activities and making sure that the wedding becomes the most talked about in the recent times. The festivities have already kick started from the past one week and many special programs have been arranged leading up to this mega wedding which will be cherished for ever.