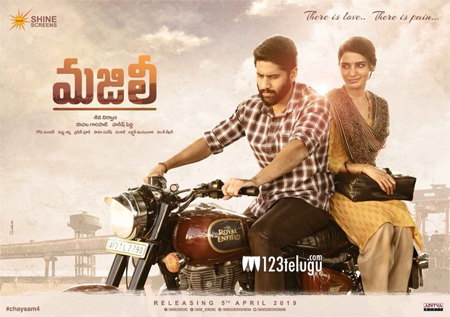 For the first time since their marriage, star couple Naga Chaitanya and Samantha will be seen sharing screen space in the upcoming romantic drama, Majili. Directed by Shiva Nirvana, the film is slated for release on April 5.

Meanwhile, Majili’s makers revealed that Chay’s character will be quite intense and versatile. Apparently, Chay will be playing the role of Poorna, a middle-class husband who is simple yet complicated at the same time. The film’s teaser, which was released a couple of weeks ago, gave a hint about Chay’s character.

Mumbai actress Divyansha Kaushik is the other female lead in Majili. Sahu Garapati and Harish Peddi are producing ‘Majili’ under Shine Screens banner. Gopi Sundar is the music composer.