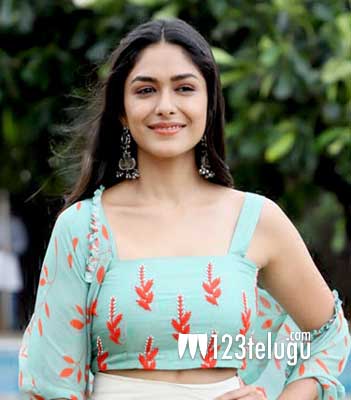 From the time, Sita Ramam released, it has been receiving unconditional love and support from allover. The film’s success gave a huge relief to the Telugu film industry. Mrunal Thakur who acted as Sita in this film has become an overnight star. Her charming looks, superlative performance helped in boosting her image. Mrunal has already captured millions of hearts.

The interesting fact is that she started her career in television serials. After acting in a couple of serials, the actress acted in the very famous TV show Kumkum Bhagya in which she played the role of Bulbul Arora Khanna. The serial was telecasted on Zee TV and it became one of the most favourite shows for every household back then.

The serial was also dubbed in Telugu as Kumkuma Bhagya and was telecasted on Zee Telugu. Later the actress got noticed with the films Super 30, Batla House l, and Jersey. Going by the response Mrunal is all set to appear in more Telugu films.