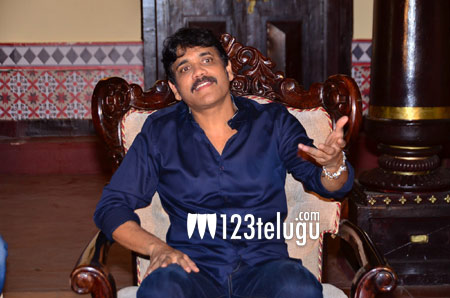 The theatrical trailer of Naga Chaitanya’s upcoming action thriller, Yuddham Sharanam, was unveiled at the film’s audio launch event last night. The intriguing and intense trailer has left everyone impressed. Especially, the conflict between Chay and the film’s villain Srikanth is something to watch out for.

This morning, Nagarjuna interacted with the media personnel and revealed that Yuddham Sharanam is a complete mind game based movie. Nag further said that social media has been used as a weapon in the film’s narrative. Chay will be seen as a drone maker in the movie.

Lavanya Tripathi is the heroine in Yuddham Sharanam, which also stars Rao Ramesh and Revathi as Chay’s parents. Debutant Krishna Marimuthu is the director and Sai Korrapati is the producer. Vivek Sagar has scored the music. Yuddham Sharanam is hitting the screens on September 8.