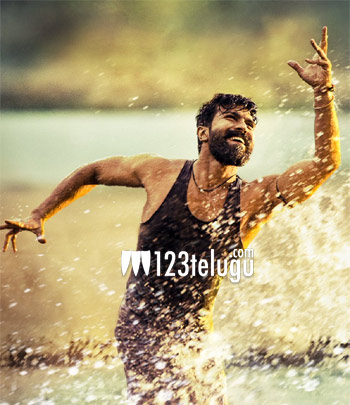 The first look of Rangasthalam created a good hype for the film. Now, the second poster of the film was released today and won a good applause all over.

The thing to be noted is that Ram Charan is seen in a vibrant avatar in both the posters. The various themes of the film have been designed quite well and they have in turn created a lot of hype for the film.

The news is that the film will be quite massy and will be showcased in an energetic manner. Touted to be a romantic action drama, a lot of money is being spent on the promotions as the film is set in the early 80’s.