Interesting posters of VVR making all the difference
Published on Jan 2, 2019 11:12 am IST 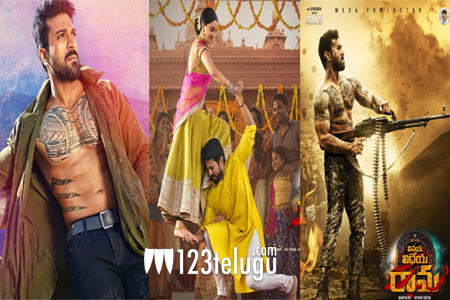 Mega fans were a bit disappointed with the makers of VVR as nothing much was happening in terms of promotions.

Right from the announcement of the title to the songs, fans were not that impressed with what was happening. But all that has changed after the pre-release event and the interesting posters that have been coming out in since then.

First, a poster of Charan on a stylish horse was revealed and on the new year’s eve, a Rambo style action poster made things work big time.

After this, a very interesting poster of Charan lifting Kiara became a talking all over. Now, a poster of Charan showcasing his six pack look has been revealed and all these posters have surely lifted the film’s buzz to another level.