Interesting story behind RRR’s Komaram Bheemudo
Published on May 8, 2022 1:58 am IST 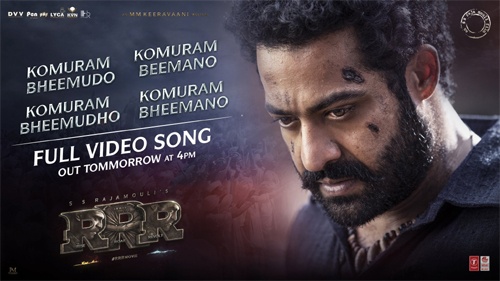 With each passing day, the makers of RRR are releasing one song after the other. The manner in which the response is coming out proves the greatness of Rajamouli.

A few days back, the emotional number Komaram Bheemudo was released and showcased NTR’s power as an actor. Well, the song has become a hot topic on social media.

The news now is that the song rehearsals were done for close to 15 days and the song was shot for 20 days. NTR was showcased in an intense avatar and so many close-up shots were planned on him. Well, the result is there for us all to see.